“An Incorruptible Crown: The British Civil Wars” is the second board game in my “Wars of the World” board game series. It focuses on the reign of King Charles I and the multi-sided conflict over the British Isles during the middle of the 17th century. 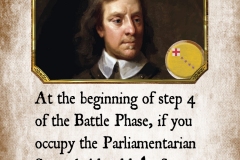 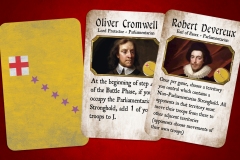 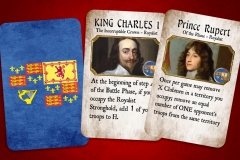 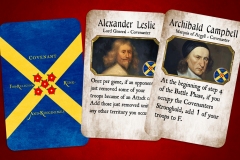 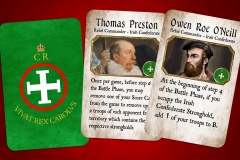 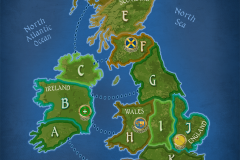 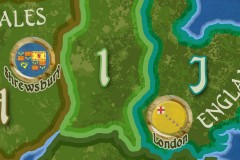 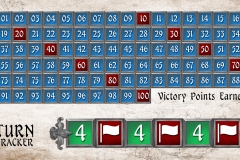 Moving away from the muted oranges, browns, and beige colors of the “ancient” asthetic palette that I used for “To The Strongest: The Diadochi Wars” I went with a greener, earthier “wet” color palette that was more suited for the rainy climate where the British Civil Wars were fought. I also went for bolder brighter hues as it made the map “pop” more when designing “An Incorruptible Crown”. Instead of ancient black and white marble style vector cut outs like I did in “To The Strongest” I focused on a more “painting” like vector style when designing the cards for this game, making it seem more like a medieval or renaissance type of game.